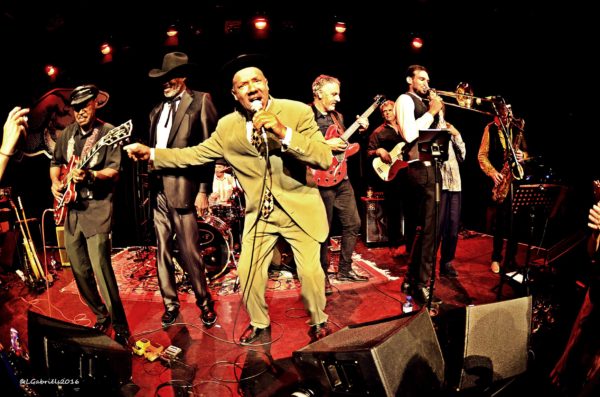 Michael Roach was born in Washington D.C. in 1955, the son of farming parents from Buck Hill, South Carolina, who had migrated to the city more than a dozen years before. They had a large family – 13 children, all but two of them being brothers to the eleventh child, Michael. He does not claim a childhood of playing one-string instruments, or a wired fixed to a wooden wall; in fact he was in his late twenties when he bought his first guitar.

The principle influence on the direction his career was to take was meeting John Cephas and John Jackson in 1985. John Jackson, born in 1924 in Rappahannock County, Virginia is a latter-day inheritor of the songster tradition, who was discovered by Chuck Perdue playing in a

service station near Fairfax Virginia. His repertoire draws from the rural music of the northern Piedmont where the black and white idioms meet. John Cephas is a little younger, born in 1930, a sometime carpenter and tractor driver who likewise plays secular songs and ballads, blue and hokum, folk revival tunes, dance reels and church music of the eastern region. They met up in West Virginia and, back in Washington, gave lessons to Michael who wanted to learn their kind of music. They were happy to teach him, conscious as they were that young black men were showing little interest in the songster and blues traditions that they represented.

Turner and his brother Marvin were reputed guitarist in Patrick County, on the Virginia border with North Carolina, though they were unknown to the larger blues world until Kip Lornell found and recorded them in 1976. Turner not only played and sang the regional material but composed his own blues. The shades of Blind Blake and Luke Jordan, Blind Boy Fuller and Buddy Moss, Brownie McGhee and Gary Davis are present in the work of the guitarists of the Piedmont, though as definers of the regional approach, rather than as models who were directly imitated.

Like their successors, the songster-bluesmen that Michael Roach learned from, were performers who also gained inspiration and knowledge from recordings, employing the intonations, rhythms, or simply the songs, which related to their own musical objectives. An apt pupil with a similar approach Michael learned from his mentors, but also gained from the greater availability of recorded evidence on the broader songster and blues idioms. He learned more from the jazz guitar player Bill Harris, from the able Jerry Ricks, and from the performers at the concerts and festivals for which he was largely responsible as President of the DC Blues Society between 1988 and 1992, and a founder of the Federal City Blues Connection dedicated to the promulgation of African American Culture.

It was for family reasons Michael Roach came to Britain but Washington’s loss was the British blues world’s gain. A direct link to the tradition he espouses, he has also acted as a catalyst working with English musicians like harmonica player Ian Briggs, or even septuagenarian Lenny Davies, who plays the oldest of instruments that crosses ethnic idioms, the “bones”. Too restless, enthusiastic and inventive to be a mere copyist, Michael composes his own blues and songs from his personal experience, of which a number can be heard on his second album ‘The Blinds Of Life’. He is conscious of his musical inheritance and too, of the potential it retains for innovative song creation, without compromising its tradition.

Michael Roach, then; not a British blues singer, but uniquely, a songster-bluesman in Britain who not only looks over his shoulder but also looks ahead to a positive future for the Piedmont blues.” 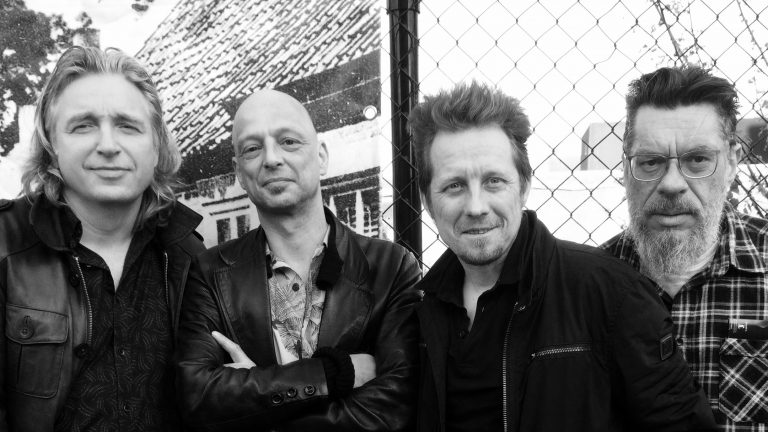 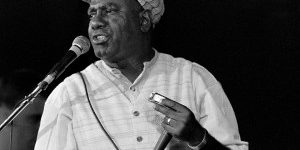