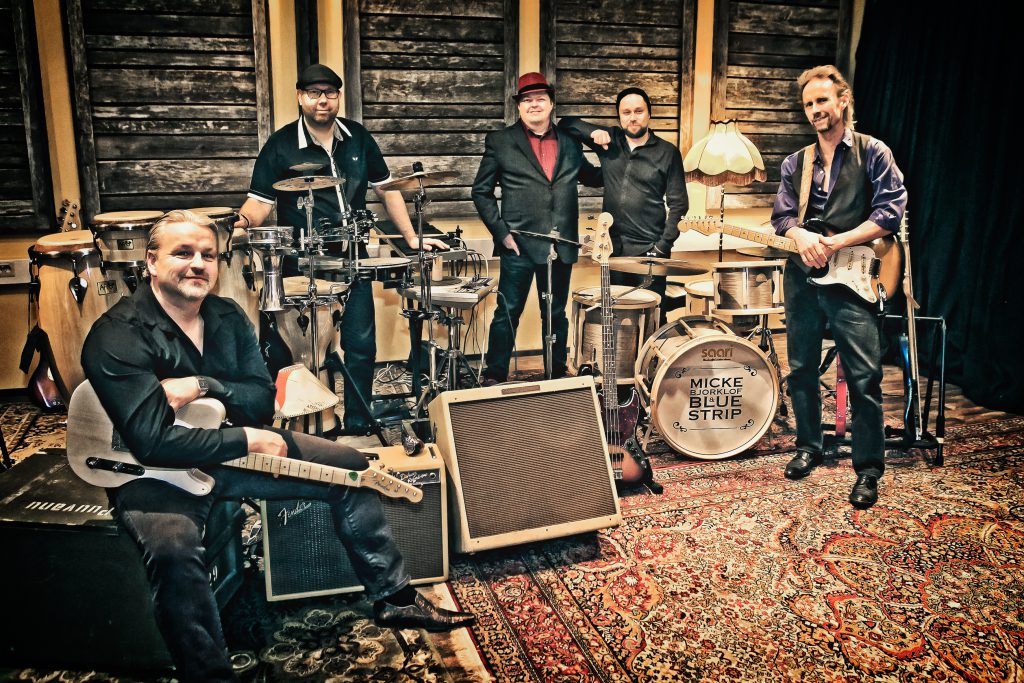 Micke Bjorklof & Blue Strip is a well-established name in their native Finland and throughout Scandinavia, where they have been ambassadors of blues music for more than 20 years, recording and stirring up audiences with their energetic live shows at smoky blues clubs and large festival arenas.

The band has toured since 1991. They are seriously building on their international career which has already taken them all from Tokyo to New Orleans and all the way to worlds Northern most blues festival in Svalbard. Through the years they´ve played in about 20 different countries. Throughout their career, they’ve had the privilege of performing on numerous festival stages around Europe in the presence of B.B. King, The Fabulous Thunderbirds, Solomon Burke, Robert Plant and many other legends.

“This vibrant concert in front of 1200 enthusiastic listeners demonstrates clearly this band’s special qualities: the finest songwriting, outstanding instrumentals and first class singing satisfy any desire. Unbelievable were the force and the intensity that went into every single song of this concert. On top of that, the guys showed an enthusiasm on stage that can even be heard on this live album. Highly recommended to all festival and club promoters”. and keyboards. Micke & Lefty feat. Chef aim to bring this vocal specialization back to the blues” Helge Nickel, Baltic Blues Society

Bandleader and singer Bjorklof founded the band with bass player Seppo Nuolikoski in 1991. After a few minor changes during the early days, the lineup has remained unaltered for over 20 years. Initially an acoustic blues-rock cover band, they later went electric and started writing original material, with roots & blues music becoming their primary muse.

Micke Bjorklof & Blue Strip has won the Finnish Blues Awards price twice, 2014 Best Band Of The Year, 2015 Best Song Of The Year. Through the years three of their albums has been voted to the best Finnish blues album of the year by listeners of Bluesminister show at Radio Suomi, YLE, National Broadcasting Company.